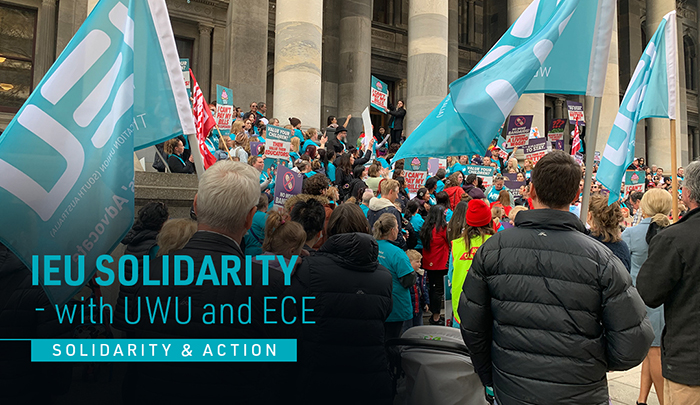 On Wednesday 7 September the IEU joined in solidarity with the United Workers Union and over 200 Early Childhood workers at their #valueearlyeducators rally on the steps of Parliament House and then marched to Elder Park.

Crowds gathered in cities across the country as more than 1,000 childcare centres shut down and thousands of early childhood workers protested over pay and conditions.

United Workers Union (UWU) early education director Helen Gibbons described the shutdown as “the largest action of early educators that this country has ever seen”.

“Pay us what we’re worth and give us a reason to stay in the sector,” she said.

“The second demand is to value early education as education in the same way that we value schools.

The federal government has committed to a $5 billion reform that will increase subsidies to families using child care from July next year.

Experts have said improved conditions for workers in the sector should be part of the changes as well.

The IEU marched in solidarity to represent its members working in non-government early childhood education centres.