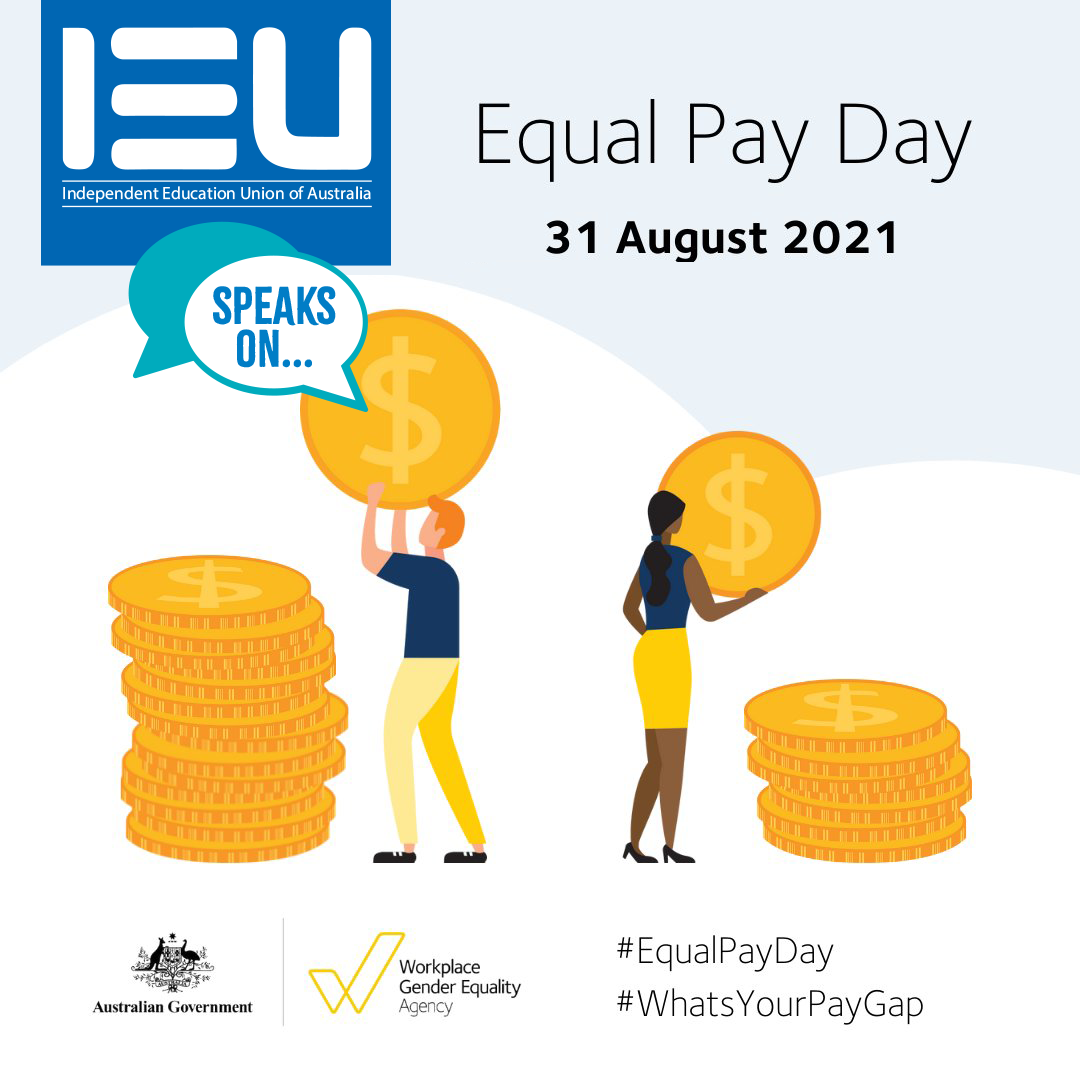 Equal Pay Day this year will be marking the 61 additional days from the end of the previous financial year that women must work to earn the same pay as men. In 2020, the number of additional days was 59.

What Is Equal Pay Day?

Equal Pay Day marks the additional days from the end of the previous financial year that women, on average, must work to earn the same as men earnt on average that year. It is a symbolic day that helps to raise awareness of the barriers women face in accessing the same financial rewards for their work as men.

What Is Gender Pay Gap?

The Gender Pay Gap measures the difference between the average earnings of women and men in the workforce. It is calculated annually by the Workplace Gender Equality Agency (WGEA) using the Australian Bureau of Statistics labour force data. It is important to note that it is not the difference between two people being paid differently for the same or similar job, which is unlawful.

So, when we talk about the gender pay gap, we are talking about the difference between what men and women get paid, on average, across organisations, industries, and the workforce as a whole.

Every industry in Australia has a full time pay gap favouring full time working men, even in female dominated industries such as education, healthcare and social assistance.

The 2021 national gender pay equity gap has risen by 0.8% points to 14.2%.  This pay gap shows the even greater disparity between men and women.

The Gender Pay Gap is influenced by a number of interrelated work, family, and societal factors including stereotypes about the work women and men ‘should do” and the way women and men “should engage in the workforce”. Indeed, “simply being a woman” is the main contributing factor to the gender pay gap.

Due to the COVID-19 crisis, 21% of the female workforce (or 1.3 million women) have lost work or are experiencing pressures on their capacity to retain paid work.

Women in insecure jobs in customer-facing female-dominated industries and professions such as hospitality, retail and staff in education settings have been the most affected by the pandemic job losses.

Women have led the national pandemic response as frontline workers in healthcare, community and social services, education and retail, often putting their own health and safety on the line to keep essential services running.

Women have also disproportionately carried the burden of an explosion in care and domestic demands from the pandemic with women performing the vast share of lockdown-driven home-schooling, compounding their pre-pandemic burden of an unfairly large share of domestic labour generally.

No Support For Women Workers

Women workers have let down both by the Federal Government and by the Fair Work Commission (FWC).

While in June 2020, the Federal Government provided free childcare, giving many families their first experience of relief from worry around this fraught aspect of family life, this was snatched away again in the government’s first act of pandemic policy rollback.

This doubly impacted on women as workers as well as parents, given the overwhelming bulk of childcare employees are female.

Even the Federal Government’s recent tax cut is heavily gendered: men are set to get more than twice the benefit women receive on average from the tax cuts, according to Australia Institute modelling. This decision is because men are over-represented among the higher-income earners who will disproportionately benefit from the tax cuts: $2.28 of the projected tax reductions will flow to men, for every $1 that flows to women.

And the lack of support continued into 2021. In June, the Fair Work Commission announced a very modest 1.75% increase in the national minimum wage but decided to postpone that increase for up to seven months in several hard-hit sectors; including childcare, accommodation, food services, arts, recreation, aviation, retail and tourism. This decision further hurts low-wage women workers who comprise the majority of workers in these sectors.

The IEU is Fighting Back

The IEU continues to campaign for gender equity by:

Let’s get Involved with Changing the National Experience.

IEU members are call upon the Government to:

1          Address the casualisation – create secure jobs: 57% of women workers experienced one or more forms of precarity in their work. Women’s jobs are characterised by fewer and less predictable hours, and fewer standard entitlements like sick leave, long service leave, holidays, and superannuation. It is time for the Federal Government to ensure secure work for women.

On Equal Pay Day, IEU members stand up and say,

“It is time for change!”