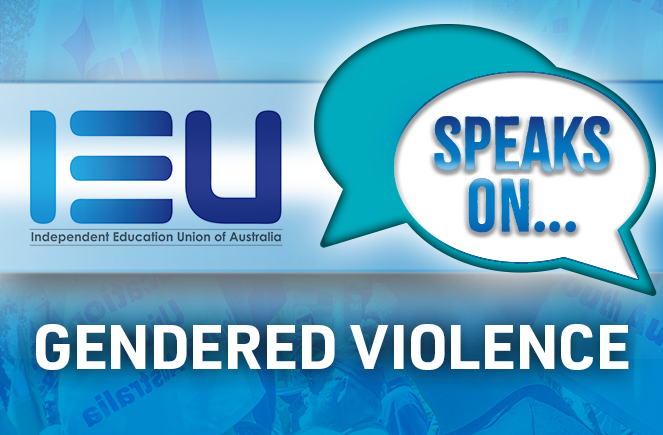 25 November 2020 is International Day for the Elimination of Violence Against Women.  This date marks the brutal assassination in 1960 of the three Mirabal sisters, political activists in the Dominican Republic.

From 25 November 2020 and the following 16 Days of Activism Against Gendered Violence (ending on 10 December 2020, Human Rights Day), the IEU will join with ACTU unions to call upon Federal Government to:

• Ratify ILO Convention 190 – Violence and Harassment in the World of Work, and•
• Adopt the recommendations from the Respect @Work Report from Australian Human Rights Commission’s 18-month inquiry into gendered violence at work.

ILO Convention 190 Violence and Harassment in the World of Work

In June 2019, the ILO Convention 190 was adopted at the ILO International Labour Conference with the Australian Government delegation, which included Minister for Employment Michaelia Cash voting in favour.

Despite supporting the Convention 190, the Federal Government has failed to ratify it, which is required to bring the legislation into force.

This ground-breaking Convention recognises the fundamental right of every worker to be free from all forms of violence and harassment at work, regardless of their employment type. This includes volunteers, contractors, casuals, trainees and apprentices.

It recognises family and domestic violence is a workplace issue and sets out specific measures to protect workers. It also protects against gendered violence at work, including while commuting to and from work, and through information and communications technologies.

It highlights that workers in some sectors, such as health, transport, education, or those working at night or in isolated areas, may be more exposed to gendered violence and therefore need special protections.

The practical steps that are clearly laid out in the Convention, for both governments and social partners, are essential for ensuring greater protections are provided for all workers, whether they are in the formal or informal economy.

In March 2020, the long-awaited report on gendered violence in the workplace Respect@Work was released by the Australian Human Rights Commission.  This report was the result of the 18month inquiry into Australian workplaces.

This report outlines the plan for the elimination of gendered violence from the workplace.

Among the 18 key recommendations from the report are:A new capacity for the Fair Work Commission to deal with workplace sexual harassment and discrimination

Both the ILO Convention 190 and the Respect@Work report outlines sensible plans for the elimination of gendered violence in the workforce.

Yet, the Federal Government continues to show disrespect and lack of care for workers who are struggling with incidences of gendered violence by failing to take action on these two essential pieces of work.

It Is Time For Action!

IEU members have waited long enough for a sensible response from this Federal Government!

It is time to campaign for fair, effective and efficient laws which prevent and protect against gendered violence at work.

It is time to advocate for the Federal Government’s ratification of ILO C190.

It is time to call upon the Federal Government to act on the recommendations contained within Respect@Work report.

It is time for the Federal Government to:

It Is Time To End Gendered Violence In The Workplace

Over the next 16 days to the 10 December 2020, IEU members are asked to campaign against workplace gendered violence.

Collectively, we can make change happen.  Collectively we can each help to create safer workplaces.

IEU members are encouraged to: