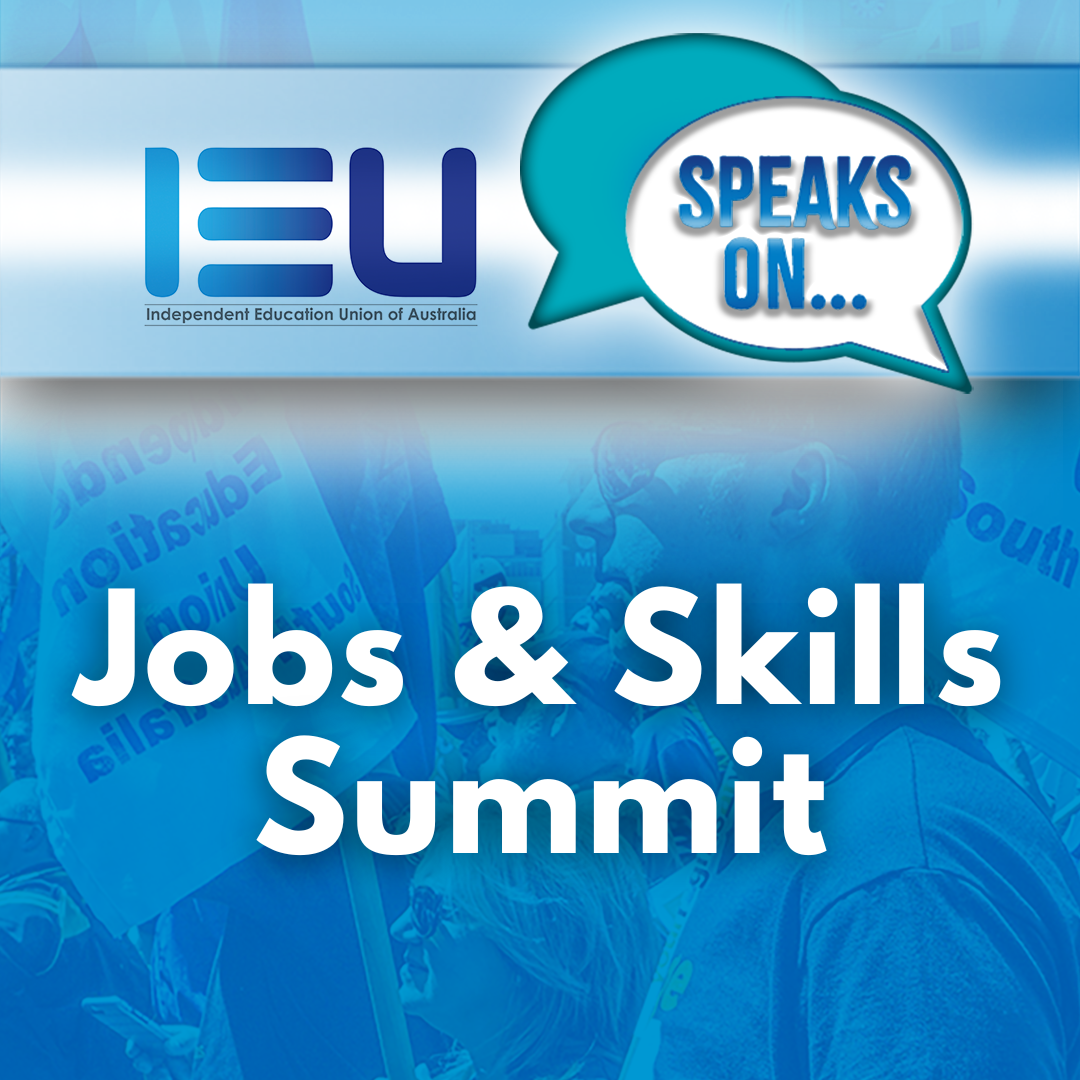 We need an economy based on well-paid and secure jobs

The IEU welcomes the opportunity to participate in the Jobs and Skills Summit being held at Parliament House this week. These discussions have never been more important – real wages are falling at a time when IEU members are working longer and harder than ever.

Australian unions, including the IEU, will be at the Jobs Summit giving voice to the concerns of union members from across the country – we need urgent repairs to broken workplace laws that have been stacked against employees for decades.

We need to modernise and re-balance bargaining laws

No workplace law has more impact on more IEU members that collective bargaining. Every year the IEU negotiates hundreds of agreements covering tens of thousands of employees.

Stalled bargaining negotiations, delayed wage increases and outdated conditions are inextricably linked to the current staff shortages crippling schools and early childhood education; however, the improvements needed to attract and keep teachers in the classroom rest in large part on their ability to fairly bargain for better wages and measures to tackle workload.

It’s essential that the Jobs Summit prioritises the repair of bargaining laws, so that employees stand a fair chance within a system that must be simple, fair and accessible.

Secure jobs must become the standard in all workplaces

Thousands of school employees are stuck on a cycle of rolling fixed-term contracts for no good reason. These short-term contracts undermine job security and hurt our school communities.

Long-serving education professionals should be able to transition to permanency rather than being forced onto yet another insecure contract.