IEU(SA) Rep of the year

The Union is not a building on Currie Street, nor is it the employees based there – it is the membership. 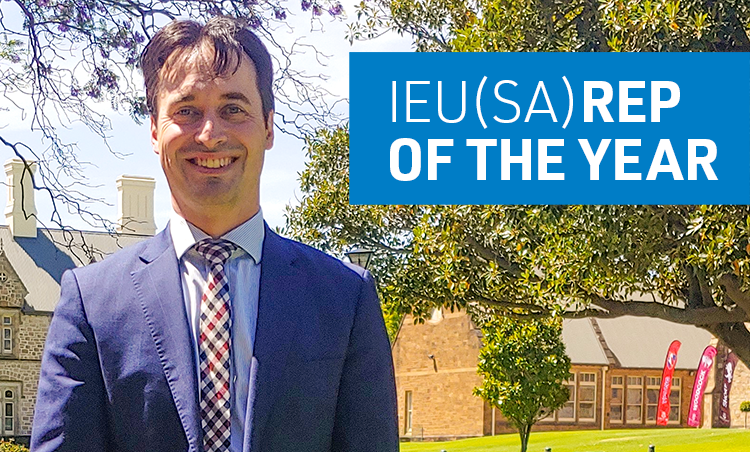 Simon Roberts-Thomson has worked in education for over a decade, first in the tertiary sector and more recently as a high school teacher at St Peter’s College, including as Theory of Knowledge Coordinator.  Simon has a PhD in Philosophy, specialising in ethics and political philosophy, and his career has included periods teaching overseas and interstate. He is an instructor in martial arts at Adelaide Tatsumi-ryu Kenkyukai and was an electoral candidate for The Greens at the 2014 and 2018 federal elections.

Simon has led our EA bargaining team at St Peter’s College for the last 18 months of protracted negotiations. He is methodical and detailed in his analysis and is respected by his peers and management. His role as Theory of Knowledge Coordinator and his martial arts background obviously equip him very well for the role of Union Rep. He takes the time to listen and communicate with the people he represents and speaks with authority and strength at the table and in public.

He is a very worthy recipient. Congratulations Simon.