Women being BOLDER together 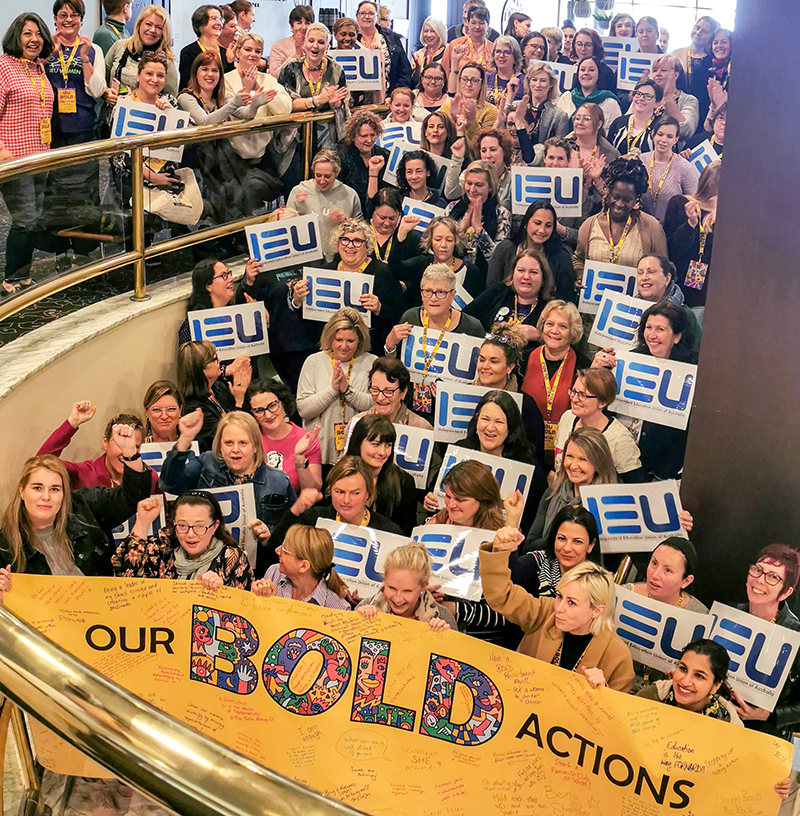 IEU women, from all over Australia, BOLD enough to bring about change, not only in their Union but in society at large, gathered in Sydney at the end of August for the Building Our Leadership Development (BOLD) Conference. The BOLD program was designed to empower women to lead other women with and through their union as well as achieving personal goals.

The conference was designed to enable participants to gain strength from each other and be informed and inspired by local and international guest speakers, panel presenters and workshop facilitators.

The keynote address was delivered by writer and presenter Jamila Rizvi, (Author of ‘Not Just Lucky – Why women do the work but don’t take the credit’) who urged BOLD participants to stop saying they were ‘just lucky’ when they achieve within their profession. She argued that women frequently put down their success in life to luck, rather than acknowledging the hard work and skill that has led them to that point.

One of the panellists, Jennifer Moses, the National Officer for Equality and Training at NASUWT, (the teachers’ union in the UK) was the first black women to achieve a senior post in the union, Moses outlined her own battle with an organisation which was, 20 years ago, ‘male, stale and pale’. While she felt inspired with how far the union has progressed since then she noted that there is still much work to be done, for example a recent NASUWT survey found 42% of female teachers reported being sexually harassed by a pupil.

Workshops covered a variety of topics such as BOLD actions for respectful workplaces, Getting our voices out, Authentic activism, Networking, Gendered violence and Where to #MeToo.

During the course of the conference delegates were asked to consider two questions: Why do we need women to be BOLD leaders in our Union and how would they use their BOLD power to bring about change? Two of our SA participants, Britta Jureckson, (IEUSA executive member), and Elise Duffield (teacher) said that they would use their BOLD power to support other women to be strong enough to use their voice to effect change and that as leaders we need to continue to work towards achieving equality everywhere, not just our unions. Elise said she will use her BOLD power to inspire other young women to get involved. A movement can start with one, but it will only achieve its goal with the support of many.

Below: SA Boldies dressed as their favourite feminist for dinner