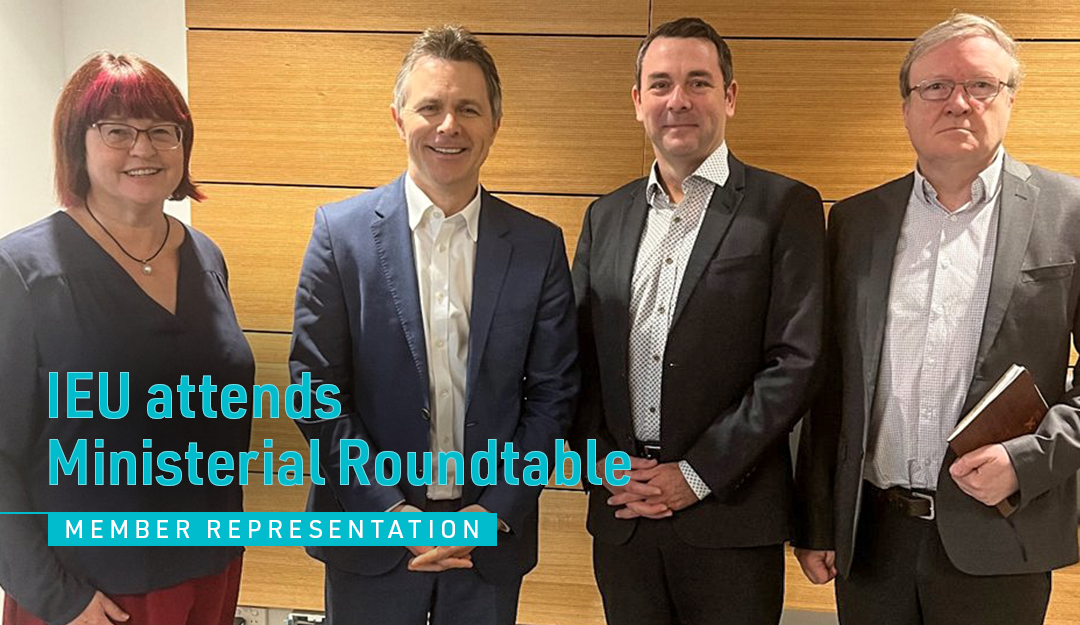 Also invited to present first at the roundtable was an IEU NSW/ACT member; a primary-preschool level classroom teacher. The presentation set the tone for the ensuing roundtable.

Key issues discussed and solutions argued for on Teacher Workforce Shortages include:

These key issues were roundly supported in the room and Minister Clare acknowledged these points and referred to them many times in responses.

Further meetings at a federal and state level are planned with the National Teacher Workforce Action Plan to be delivered by December 2022 and this will include actions in the following priority areas:

The Minister commenced the meeting informing everyone that the language to describe this sector was ‘Early Childhood Education and Learning’ and she has informed ‘her colleagues’ and instructed the department.

It is important that a Federal Government Minister value Early Childhood Education as it is vital to a child’s learning and development. Commentary from the previous federal government often limited ECE to simply an economic mechanism to support workplace participation in the community.

Key issues discussed and solutions argued for on Early Childhood Education include:

Commitment was given at the meeting to present these issues to the Job and Skills Summit with the push that ECE had its own workforce issues – and it didn’t simply exist to support the general workforce.

Future meetings will be held to develop an ECE action plan.