For over three decades Val Reinke has been telling us that “we ain’t broke”.

Val was there on the Greenhill Rd footpath when the union formed as ATIS in 1984
(2nd from right, below). 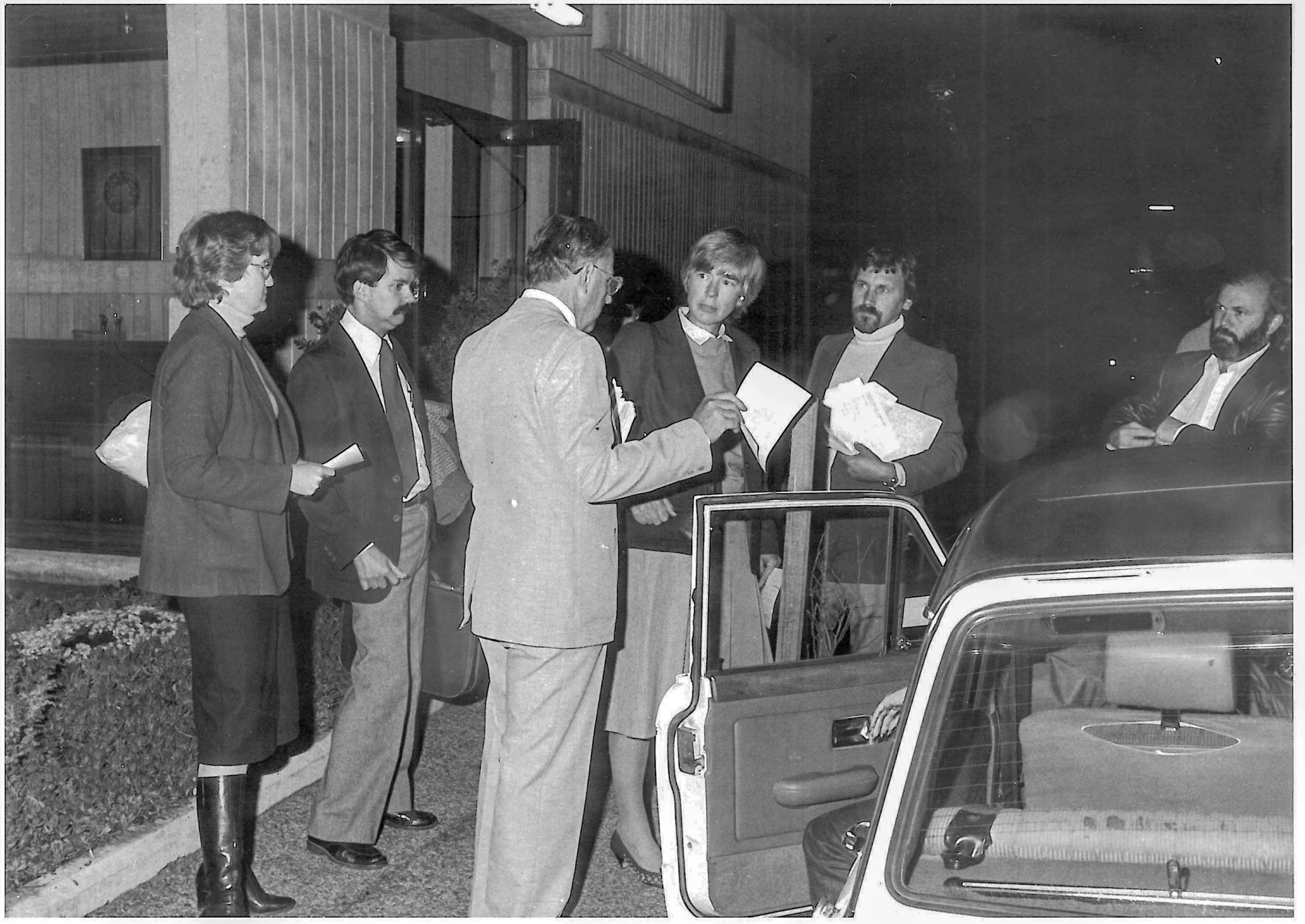 He has been a tireless advocate and worker for our union and he was active in the start of our industry superannuation fund ISST which is now a part of NGS. Val has stepped aside from the Executive this year but his stewardship of the financials has seen the various iterations of our union (ATIS, ANGEE, IEU(SA)) being sustainably managed and empowered to take on the battles that members needed to have.

Val you are a legend and your contribution and your self will not be forgotten. 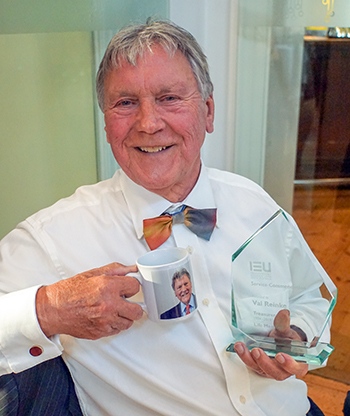 We presented Val with a glass plaque and customised mug (above) to recognise his service to the union.